G. Love is back! Or I should say that he will be soon when his newest album, Fixin' To Die, comes out in a few weeks. That's the title track above to watch and below to download, a song originally written by bluesman Booker T. Washington White (also known as Bukka White) a ways back. I've loved G.'s music for a while, so I was eager to check out this new one. While he's always had a little southern twang to his blues/funk melange, the new one seems to have a little more roots to it than usual. That shouldn't be a surprise though considering Love recruited Scott and Sett Avett (The Avett Brothers) to produce and perform on the album. There are some originals here, some remade traditionals, and a daring cover of Paul Simon's 50 Ways to Leave Your Lover.

Check out Love's take on the song below along with the original, a live version from Bob Dylan (who recorded it on his debut self titled album), and Led Zeppelin working it into a Whole Lotta Love medley from their BBC recordings. 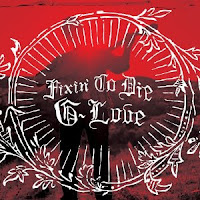 
The cover alone should draw you into the Home EP. Who couldn't resist this cute little needle-point masterpiece? Thankfully, once you're in you'll find 5 songs from Jenny O. that are just as precious. It opens up with Well OK Honey, the song featured in the video above which you can download below and that has a Sheryl Crow vibe to it, you know that kind of softly rocking number. Things slow down a bit after that, settling into more of a folksy acoustic feel with All My Wishes, picks up a rollicking roll on Won't Let You Leave (which is transformed by Spirit Animal in the remix below), turns to the piano on I Do I Do, and dreams of returning Home for the closing number. 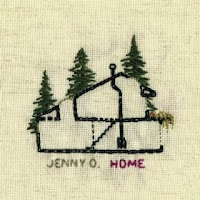 Sunday Soul - Expressway to Your Heart 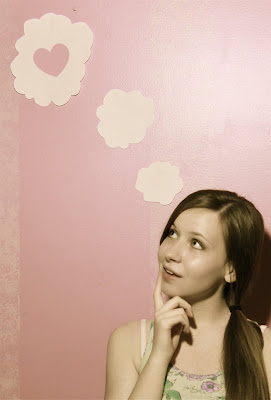 love on my mind
I've been tryin' to get to you for a long time
Because constantly you been on my mind
I was thinkin' 'bout a shortcut I could take
But it seems like I made a mistake
Well I was wrong, mmm, took too long
I got caught in the rush hour
A fellow started to shower
You with love and affection
Now you won't look in my direction
On the expressway to your heart

The Soul Survivors - Hey Gyp : Expressway to Your Heart 7" B-side

Find them both on Expressway to Your Heart.
Posted by Sean at 3:49 PM No comments:


Matisyahu hit the scene roughly six years ago with Shake of the Dust...Arise, but he made his big splash with his live performance from Texas titled Live at Stubbs. At the time, I'm sure that many thought that a Hasidic rapper was a one trick pony, and would come and go faster than you can say one-hit-wonder. Well, six years and six albums later he's still in the game, and just this week released Live at Stubbs Vol. II, both in audio as well as video format.

Far from growing stale, Matisyahu has proven to be an artist with staying power, one whose craft has developed and grown. This second volume from Stubbs, much like the first, is an excellent vehicle to deliver that to listeners. It features tracks from throughout his career. Listen and watch one of the tracks from it here:

In addition to the Standard CD version, there is a DVD version with documentary footage, and a Deluxe Edition (which includes both the CD and DVD as well as a 40 page photo booklet), all of which are available from Matisyahu's official website. You can download one of the tracks from the album below.

Visit his website and become his friend on MySpace and Facebook.
Posted by Sean at 8:41 AM No comments: 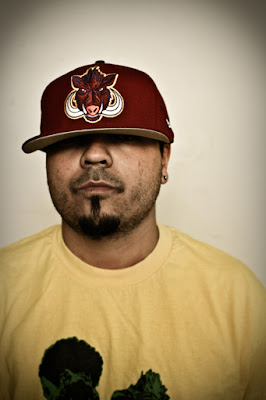 Although not a widely known name, Seattle hip hop artist Onry Ozzborn has put in his time, including as a member of Grayskul, more recently Dark Time Sunshine, and on his own. His latest, and supposedly last, solo album Hold On for Dear Life just came out about a week ago. Ozzborn's flavor of hip hop is one that's a little dark while at the same time being fairly melodic. It's got something of an odd tinge to it that feels slightly off center, refreshingly so. 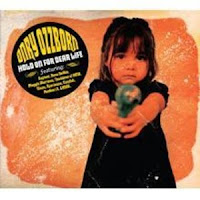 Visit his label Fake Four Inc. and become his friend on Facebook.
Posted by Sean at 8:32 PM No comments: 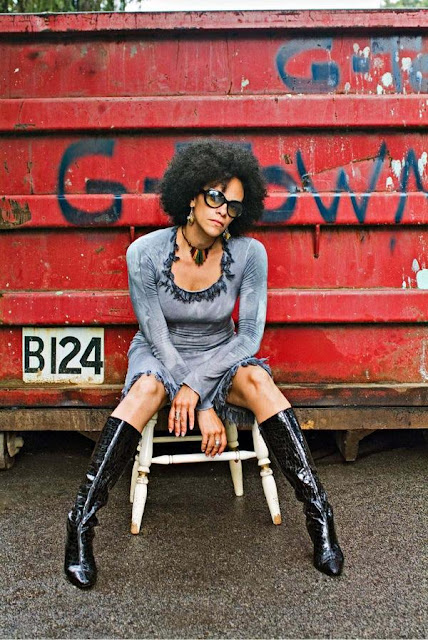 I first caught wind of Ursula Rucker almost exactly two years ago when my friend Jessica wrote a wonderful guest piece for my week of guest posts back in February of 2009.If you're not familiar with her, be prepared for an in-your-face wake up call; her music is direct, powerful, confrontational, and unapologetic. It pulls no punches, rounds no edges. Part musician, part poet, almost like a female version of Gil Scott-Heron for the 21st century. You will not find Rucker eschewing what she believes in with her art. Her observations are cutting and keen, and peer into many facets of our world: political, moral, and personal.

Take for instance So What..?:


the simple truth of the matter is
the truth is simply epic
racism, sexism, intolerance, injustice are pandemic
the absence of a system of checks and balances in this country is systemic
so let's fix it
i'm just checking on on you
to see how you be doing
cuz people be saying it's the end
when really it's the beginning


why don't you take this life that you've been given
be grateful thinking, put it in rhythm and
it's ok if you a bit offbeat but still
timing is everything so
open your heart, stop hating
find some space in
your mind for some new information
swear off complacence
make the commitment to nurture the next generation
end your affair with lame-stream radio stations
replace your miseducation with
truth, peace, and this process takes time
so be patient and friend
it's time for some
revision
adjustment
reconstruction
difference
revolution
you know...
changing

If that level of frankness appeals to you, I strongly recommend checking out the rest of Rucker's album 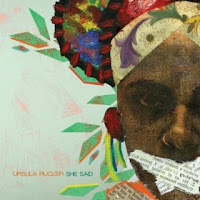 Josh Wink - Sixth Sense (feat. Ursula Rucker) : Herehear
Gil Scott-Heron : The Revolution Will Not Be Televised : Black Power: Music Of A Revolution
Become her friend on MySpace and Facebook.
Posted by Sean at 9:40 AM No comments: 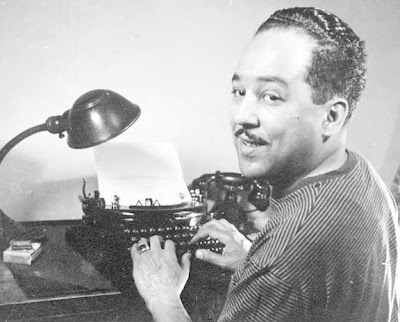 What happens to a dream deferred?

Or does it explode?

Happy birthday to Langston Hughes, one of the giants of the Harlem Renaissance.

Langston Hughes - Dream Montage: Tell Me Good Morning/Harlem/Same In Blues/Comment On Curb : Our Souls Have Grown Deep Like The River (Disc 1)
Posted by Sean at 4:33 PM No comments:


So here I am stuck at home on a snow day once again while New England gets walloped with even more snow that we have nowhere to put! While a snow day might seem like a godsend, there's no such thing as a free ride, and I'll be cursing it come June when I have to make it up.

To drive back the indoor wintertime blues, I'm listening to the latest solo recording from Amanda Palmer, who's also half of the Dresden Dolls, and more recently half of Evelyn Evelyn. The album, Amanda Palmer Goes Down Under, was completely written and recorded in Australia and New Zealand (hence the album's title), with some tracks coming from the studio, and others from live shows.

If you haven't heard Amanda Palmer (or her many projects) before, she's entertaining as hell. She reminds me a lot of Nellie McKay: her music has got a light, playful romp about it, much of it on piano, with a cutting whit and sharp zig-zags that will leave you wondering what could possibly come out of her mouth next.  Put it this way: not many artists can sing a song named Vegemite (the Black Death) and pull it off!

Honestly, the album's full of some gems, and in some ways it reminds me of the Ben Folds Five album Naked Baby Photos in its levity. (Incidentally, Palmer has worked with Folds a bit) If you haven't seen it yet, another great track from the album has been featured in a rather scandalously revealing video!


Musically the album works, and humor-wise it strikes just the right chord. Check out a selection of Palmer tracks below, and then get the album, which you can purchase for the ridiculous price of .69 cents digitally from her website! 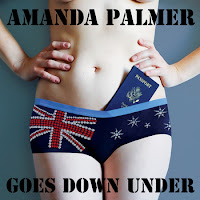 Visit her website and become her friend on MySpace and Facebook.
Posted by Sean at 9:25 AM 15 comments: 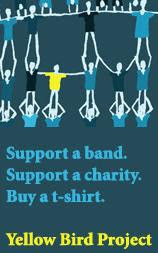